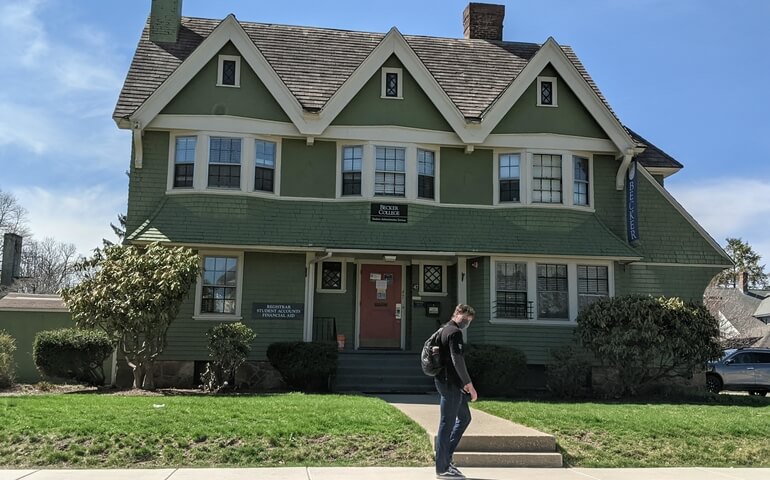 Michael C. Jacobs, principal at NAI Glickman Kovago & Jacobs, was quoted in the April 26th edition of the Worc. Business Journal’s article Becker’s Worcester Campus could reinvent itself as housing. Mike remarked that it is fortunate for the city of Worcester that the layout of the Becker campus – with lots of small buildings spread across the neighborhood’s street grid — could make it easier to redevelop. He noted that he can foresee a mix of uses, including other Worcester schools taking advantage of additional space, but particularly housing at a time when prices are fast-rising. “There’s such a demand for housing in the city right now,” he said. “I can envision nearby colleges taking some buildings and others being converted into residential use or even lab space. Traditional office use isn’t as likely, particularly with high vacancy rates in the city. Logic would dictate that some of the Worcester schools would find enticement with some of this real estate.”