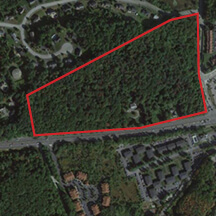 The following appeared in the December 30th edition of the Telegram & Gazette:

SHREWSBURY — More than 25 acres along Route 9 has been purchased by Boch Shrewsbury — Worcester for $8.35 million. The properties at 701 and 713 Boston Turnpike were purchased by Boch Shrewsbury — Worcester, according to NAI Glickman Kovago & Jacobs, which handled the transaction. The property, which is mostly woods, is on the westbound side of Route 9 after Price Chopper and South Street. Boch Shrewsbury — Worcester is an entity managed by Ernest A. Boch Jr. and Robert C. Weiss of 111 Morse St., Norwood, according to the Massachusetts secretary of state’s office. The Morse Street address is the location of Subaru of New England.  Bryan Dumais, a spokesman for Boch, said the company had no comment. Boch runs dealerships around New England that also include Toyota, Honda, Hyundai, Chevrolet and Nissan. Lilly Attell Realty Trust sold 25.3 acres at 701 Boston Turnpike. The property, which includes 1,600-square-foot, single-family home, was assessed $710,700, according to the latest town records. Tim and Eileen Samara sold a half-acre, adjoining site at 713 Boston Turnpike. The property, which includes a 1,100-square-foot, single family home, was assessed at $280,600, according to town records.

In an article by the Worcester Business Journal,...